How The Longest Running Publications Have Adjusted To The Digital Age

Newspapers have been preserved in the archives of the Library of Congress for research purposes and to keep the documentation of historically significant events that have made up the fabric of our present civilized society. Chronicling America is a site produced by the National Digital Newspaper Program (NDNP), a partnership between the National Endowment for the Humanities (NEH) and the Library of Congress. The long-term goal for the site is to develop a searchable database of U. S. Newspapers.

Many newspapers and related businesses have been family owned for generations. My family has been serving the newspaper business with feature news content, spanning four generations, starting with my grandfather, Real Estate Editor at the New York Herald. He guided and supported NAPS in the early years, including six of his seven children, joining our staff to help build the company. My father a Wharton School graduate, founded the company, then hired my mother to help run the office and hire the staff. She was the oldest of the NAPS siblings, one of which was a Radcliffe graduate. My three sons have brought fresh insights and helped build the company, as interns, proudly carrying on the traditions and legacy of their great grandfather and family members.

Newspapers have continued to evolve and adapt to the digital age. Some of the longest running newspapers are setting examples and paving the way for the rest with innovative techniques and ingenuity. The leadership at these publications has embraced modern technology, making transformational change, which has helped them lead like never before, to survive and thrive.

For a real slice of Americana, you can take a virtual historical newspaper cultural heritage tour, by visiting the sites of some of the longest-lasting, trend setting, newspaper publishers of America, listed here with the original publishing dates and some fun facts:

The owner of the New Hampshire Gazette, the oldest newspaper that is still running, who is a relative of the original owner, and was able to buy back the ownership from the ninth richest man in the world for $40 due to a lapse in the registration of the company name. Learn more: click here

The Mercury was started by Ann Franklin, the widow of James Franklin, Benjamin Franklin’s Brother. She was the first woman in the Colonies to publish and edit a newspaper.

The Hartford Courant Media Group is the preeminent news organization in Connecticut, a multi-media company delivering news and information in print, online and through social platforms including Facebook, Twitter and Instagram. Founded in 1764, the Courant is the nation’s oldest continuously published newspaper in America and the state’s largest daily.

Columbia Greene Media Corp is a division of Johnson Newspaper Corp, founded in 1970. CGM is a full-service advertising agency and publisher of digital and print newspapers: the Register-Star.

This publication is the oldest in New York State. In 1788, the editor of the Journal was the official reporter of the ratification of the U. S. Constitution by New York, in Poughkeepsie, which was the state capital at the time.

This is now owned by Gannett, is known for its coverage of a major golf event, the Masters Tournament, and includes the 1736 e-magazine as a flip-book on its site.

This was the first newspaper published west of the Allegheny Mountains. It publishes in print three days a week and online-only the rest of the week.

This publication is part of the Newspapers of New England Family, one of nine. The first publication opened with a news item about Shays’ Rebellion.

This publication is published by New England Newspapers, Inc. The mission of the editorial board is to encourage the people of Berkshire County to take steps to improve the quality of life and economic conditions for all, to vigorously exercise and protect the First Amendment, and to be the voice of the Berkshires without fear or favor.

Columbia Greene Media Corp is a division of Johnson Newspaper Corp, founded in 1970. CGM is a full-service advertising agency and publisher of digital and print newspapers: the Daily Mail.

This is a publication of Newspapers of New England. As Greenfield area’s only newspaper of record, this is the primary source of new in Franklin County.

First published by William Hamilton and Henry Willcocks as a Federalist newspaper. William Hamilton had been a community leader to be reckoned with. He served as a state senator and as treasurer of Lancaster County. He printed the first German-English dictionary in America. The “Intell” as it was known locally, combined with the Lancaster New Era, its sister newspaper, and is published by Lancaster Newspapers, Inc.

This was originally published by Rev. Samuel Williams, a Federalist, and his distant cousin, Judge Samuel Williams. Under their successor, William Fay, the paper was largely devoted to biblical parables, fables, poems and homilies.

The dual mission of this publication, as summarized by the editor, was, first, to “spare no expense” in the effort to “cover its field” by maintaining 80 regular correspondents in the small centers of the eastern part of Connecticut. Second, the paper would “build and boom” the banking, commercial and industrial center of Norwich.

The Sentinel frequently references the past, about which it knows more than a little. The paper was founded by 21-year-old John Prentiss, the son of Rev. Caleb Prentiss.

This is the nation’s oldest continuously published daily newspaper, founded by Alexander Hamilton and some co-investors who were members of the Federalist Party. They were dismayed by the election of Thomas Jefferson and the rise of the Democratic-Republican Party.

The Post and Courier, the South’s oldest daily newspaper, traces its roots to The Courier, founded in 1803, and The Evening Post, founded in 1894. Throughout its long history, this family-owned newspaper has served Charleston and the low country, publishing news of war, fire, earthquake, and hurricane, and taking important stands on critical issues.

This publication traces its history to the Republican, which was founded decades before the Republican Party was founded. The term “republican” referred to a person who was in favor of a republic form of government.

Editor E.J. Hale led the newspaper for 40 years through the Civil War, when Gen. William T. Sherman’s Union army destroyed the Observer’s offices in 1865. The newspaper was re-established by the Hale family in 1883.

Less than 50 years after our founding fathers signed the Declaration of Independence, and four years before Missouri became the 24th state to join the union, the Utica Observer began publishing.The year was 1817. James Monroe had just been elected president; construction on the Erie Canal was planned, but had not yet begun, in Rome; and Thomas Jefferson still was living at Monticello.

The history of this publication goes back to territorial Arkansas, when William E. Woodruff arrived at the capital in 1819 on a dugout canoe with a second-hand wooden press. He cranked out the first edition years before Arkansas became a state and scrupulously avoided political involvement or endorsement.

This is the oldest newspaper, as well as the oldest business, in continuous incorporated operation in Mississippi. It was established by William A. A. Chisholm. During the reconstruction era, the newspaper fell into the hands of Republican Party Carpetbaggers and Scallawags. The name predates, and is essentially unrelated to, the same-named political party.

The first issue of the newspaper was printed in New Echota, Cherokee Nation (now Georgia), and edited by Elias Boudinot. It was printed in English and Cherokee, using the Cherokee syllabary created by Sequoyah.

The Enquirer, which later merged with The Ledger, was founded in the same year the city of Columbus was incorporated.

Colloquially known as the ProJo, this is one of the oldest continuously-published daily newspaper in the U. S. This newspaper has won four Pulitzer Prizes.

This publication was founded as The Onondaga Standard. It was recently named among the “10 best newspapers in America with a circulation of under 100,000” by Al Neuharth of USA Today (run by a competing organization, Gannett).

27-The Philadelphia Inquirer (1829 founded as The Pennsylvania Inquirer)

This publication was founded by printer John R. Walker and John Novell, former editor of Philadelphia’s largest newspaper, the Aurora & Gazette. The first issue contained an editorial that promised that the paper would be devoted to the right of a minority to voice their opinion and “the maintenance of the rights and liberties of the people, equally against the abuses as the usurpation of power.” They pledged support for then-President Andrew Jackson and “home industries, American manufactures, and internal improvements that so materially contribute to the agricultural, commercial and national prosperity.”

At 22 years of age, this publication was founded by Sylvanus B. Phinney, who initially apprenticed under Nathan Hale, at the Boston Daily Advertiser. This paper espoused democratic values, with Phinney himself a Jacksonian Democrat. 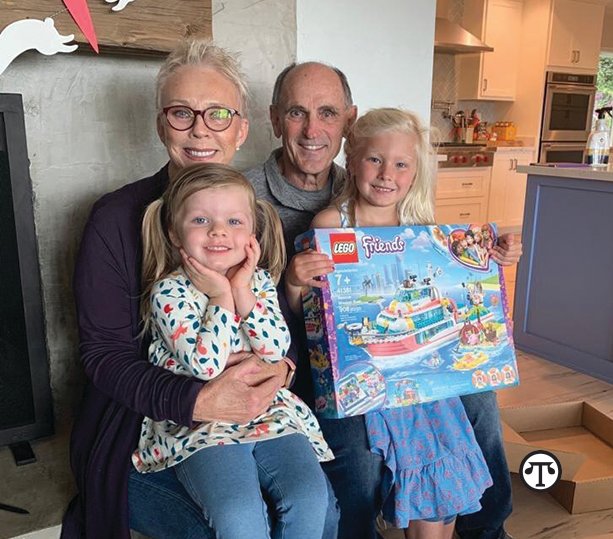 5 days ago
(NAPSI)—Here’s good news for America’s approximately 70 million grandparents: A growing problem that has been bugging families since the advent of the digital photo revolution—“Where is the … 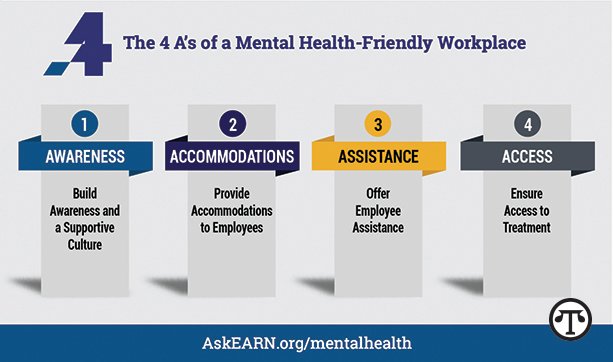 Wednesday, September 23
(NAPSI)—The challenges brought to daily life by the COVID-19 pandemic have spurred many businesses to consider ways they can support employees’ mental health.  For help, businesses can … 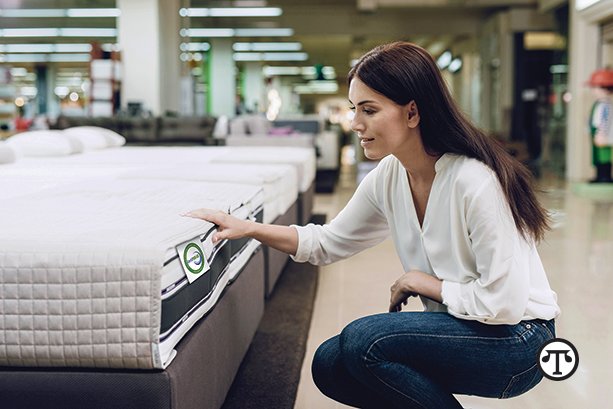 Wednesday, September 23
(NAPSI)—A mattress is one of the most important purchases you’ll ever make—after all, you spend approximately a third of your life in bed. Although the number of choices can feel overwhelming, …